What we consider to be a logo is actually a signature. The word logo was originally derived from logotype.

The Signature / Logo contains the mark and the logotype or either one. It represents the company or an individual.

The company name. The Logotype Contains the word or words that determine the company.

A pictorial mark is a recognizable image that has a literal meaning. It can appear with the name of the company or without.

An abstract mark is an abstract symbol. It can appear with the name of the company or without. 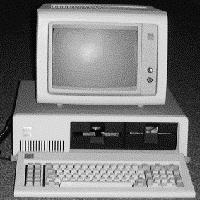 A monogram uses one or more letters, often the initials of the name.

An Emblem encases the name within the design


Is a name or symbol that represents a company or product/service and is legally registered.

The original name for FedEx was Federal Express it became FedEx in the early 1990s. By 1998 FedEx had acquired a variety of businesses.   Fed Ex's bold logo was now applied to all of the various branches of their business but at the same time each branch retained it's own individual identification.

When FedEx acquired Kinkos they retained Kinkos' Mark and incorporated it into their own logo.


The logo is one of the most important elements of a company's identity system. First you need to start with the name of the company and then select the typography and colors both of which are covered in earlier articles.

As designers we have to clearly understand the exact message that the company is trying to convey and stay true to that message.


communicate the essence of the company
be distinct and different from competitors
and provide clear identification. It should
work in all media and sizes
be consistent but flexible
have sustainability


You need to create a logo that will work in all media and a variety of sizes. You need to be sure that it will be easy to read on an envelope and work well on a large screen television for advertisements. It should lend itself to: stationary, business cards, signage, advertisements and interactive media. There is more on this in the Identity section

Consistent but flexible is almost a contradiction in terms but what I mean is that for the most part remain consistent but allow for some flexibility for different media. In the past companies were very rigid when it came to how their logo was displayed, if it contained a mark and a logotype they always had to be displayed together, in most cases there were set colors and these colors could not be interchangeable with other colors. Now some companies have added more flexibility they allow the mark and logotype to be displayed separately. Different colors can sometimes be used although often a particular color has a significate meaning as shown by the logos for FedEx. In some cases there are other differences that are allowed as long a the logo keeps it integrity.

In the brochure, bags and the background for the letter heading for the Bahamas, in the Identity section, the mark has been used as decoration it is also been broken up for the identity of the individual main islands.

This said it is almost impossible to create a logo that will not need to evolve over time. All of the major corporations that have been around for a while have made changes to their logo.

As you can see with the Pepsi Cola logo there is a radical difference since its inception.

Pepsi provides an interesting history of its logo and brand.